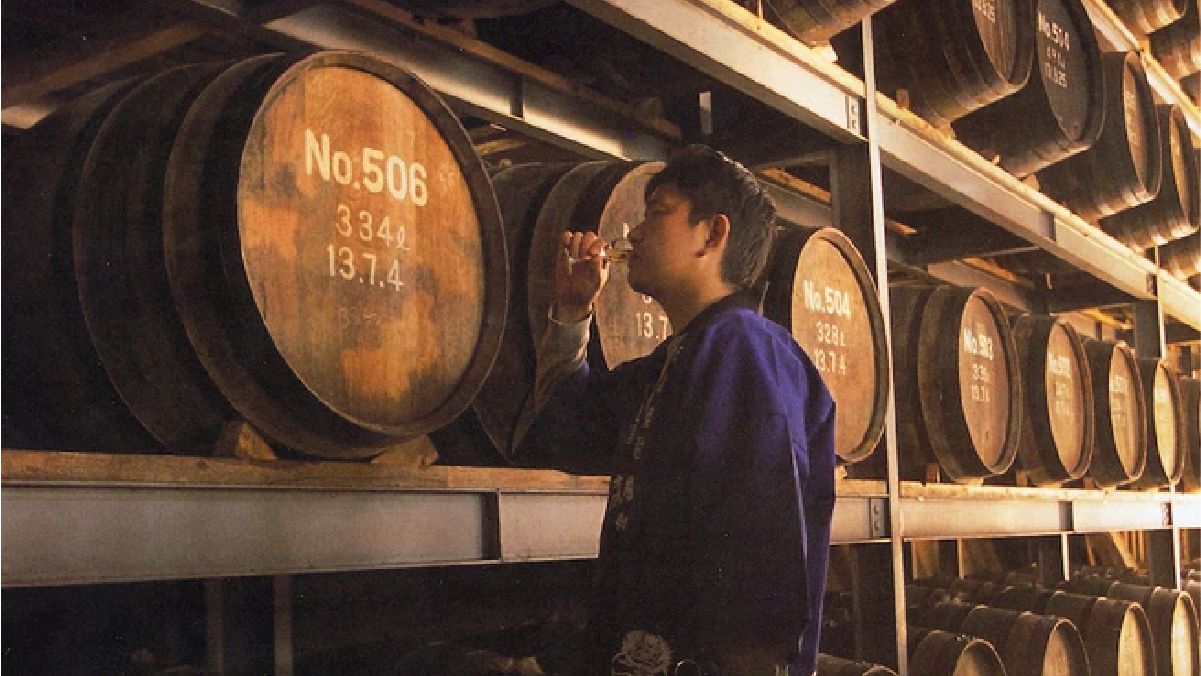 Unique provenance, local ingredients, and profound savoir-faire, Ohishi is a relatively unknown distillery to our dearest whiskey fans. With Ohishi’s rare Banyuls cask whiskey being our next member offering, we secured an interview with Chris Udhe – vice president of ImpEx Beverages to share with us the mysterious distillery from the land of cherry blossoms.

CWC: If you had to use three words to describe Ohishi whiskey, what would they be?

CU: I would say – Umami, Elegance and Japan. The whiskey tastes like Japan, have a glass and you will see what we mean.

CWC: What is the significance of provenance and historical influence on Ohishi?

CU: All the rice is sourced locally in the Kumamoto Prefecture, 30% of which comes from Ohishi’s own farm. The village is pure in nature, there are less than 2500 people in the village where it is made. Finally, the water is from the Kuma River, one of the cleanest rivers in Japan. As well as its unique location, Ohishi distillery has 6 generations of family distilling under their belt. There is immense pride and respect for being part of such a long legacy.

CU: Ohishi whiskies are distilled in a stainless steel pot. It is different because it incorporates koji in the fermentation process which adds an umami element to the whiskey. (For those who may be unfamiliar with koji fermentation, it is a traditional process that is used for making sake and soya sauce.)

CWC: What is a Banyuls cask and why is it special to the whiskey world?

CU: This is the first whiskey from Japan ever finished in a Banyuls cask and released in the USA. For those who may not know Banyuls, it is French fortified wine that is very similar to port.

CWC: Can you offer us a sneak peak of the flavour profile of this cask?

CU: In terms of color - copper with a whisper of rose. The lightest touch of vanilla, oak shavings from a sawmill, white cherries and fresh clover on the nose. As for palate – soft and rounded.  There is a wonderful balance between sweetness of the Banyuls and oak spice. Kiss of cotton candy and Umami are also present. The finish is where the wine notes of the Banyuls are most prevalent. They are followed by cocoa powder notes and toasted oak.

CWC: Do you recommend food pairings for Ohishi whiskey? If so, what would you suggest?

CU: People often drink whiskey with friends and coworkers after work or during the weekends in izakaya (Japanese bars). From drinking whiskey neat, on the rocks, as a highball, to experimenting with cocktails, drinking culture in Japan is highly evolved while staying loyal to the social aspect of the time spent.

CWC: What are the upcoming trends for Japanese whiskies?

CU: It looks like there are some regulations in the works, but it is too soon to tell if it will become law. Definitely, you will see some more experimentation with different types of casks.

Japanese whiskey drinking culture is very diverse and the whiskey industry in Japan will surely become more vibrant and dynamic as they continue to grow and diversify with these sorts of offerings. We’re so excited to be able to work on this premiere selection with Chris and present it in a world-first release to our own audience in the US.