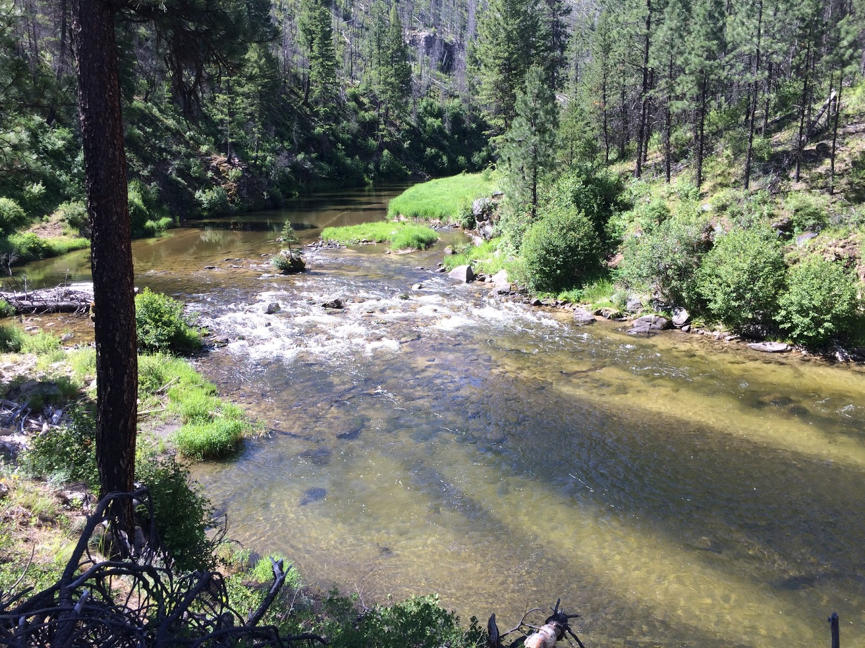 The sun is high in the sky, yet on the floor of the forest there is still dew on the grass; we carefully wipe away the midges from our exposed eyes and continue to wait with baited breath.

Long before our grandparents had bought the estate the river held many secrets, not least the ‘poachers venell’ (or PV as we know it). By a trick of nature the river has a ‘u’ shaped area that the salmon swimming up stream can, by a twist of fate, get stuck in. With a flick of your hand you could land a 20lb+ salmon with relative ease – no rods, no hooks, no fancy gadgets and no complications. The biggest challenge with this trap was a family of otters. They had long since worked out that this spot was easy pickings and if unwatched the otters became quite fat and lazy.

My cousin Rob and I had caught up the night before and had determined that a visit to the PV was in order. Unknown to everyone we had set out for the river. Across the bridge and following the deer path we ducked down under over hanging branches, avoiding nettles and bramble shoots. We chatted about the old days and how both of us had spent time working on a farm over in Aberdeenshire, the trouble we got into and avoided because of Jamie. Who as it turns out, aged 9 taught me to drive in an old Bedford pick-up truck, up and down a field; I’d be 13 at the time.

We soon came across the small island in the river that the PV was nestled beside; sure enough there was an elderly salmon carcass that had been picked clean. I could smell the seaweed from the shore on the light summer breeze; the sun was getting hot; this spot was ¾’s of a mile upstream from the mouth of the river, well hidden under an array of Silver Birch and Scots Pine trees.

For the PV to work you had to get your timings right with the rising and ebbing tide. We were early and had found the perfect spot high above the river yet close enough to hear the roar of the water crashing downstream towards the sea. We were lying undercover with just enough visibility to see. The chat had stopped, we were breathing slowly and getting a faint sweet smell coming up from the bracken and moss, when the midges started to dance in front of our eyes.

The Scottish highlands coastline would be over-run by hotel blocks like those on the Greek islands if it were not for two things, the inclement weather and the midges.

As I wiped away the midges from my eyes rob nudged me and pointed with his chin, just below us to the left was an otter. I’d say it was a child although quite large its features were very small in comparison. It stood up on its hind legs and looked inquisitively around, thankfully not behind itself. Just then there was a silver splash in the PV pool. Rob and I checked each other and bounced up, me hollering, him bursting through the undergrowth. The poor otter got a huge fright and started bounding away upstream, there could have been yelping but the roar of the river was too loud.

We got to the PV to discover a salmon barely 7lbs, it wouldn’t be fair to take that wee soul. I dug out my rather grubby hanky, placed it around its middle and flicked the fish back into the main stream of the river. Ringing out my hanky I dug into the inside pocket of my elderly wax jacket and handed Rob my rather battered whisky flask.

“Ha, great work Col” he bellowed above the noise of the river, “what’s in it?”