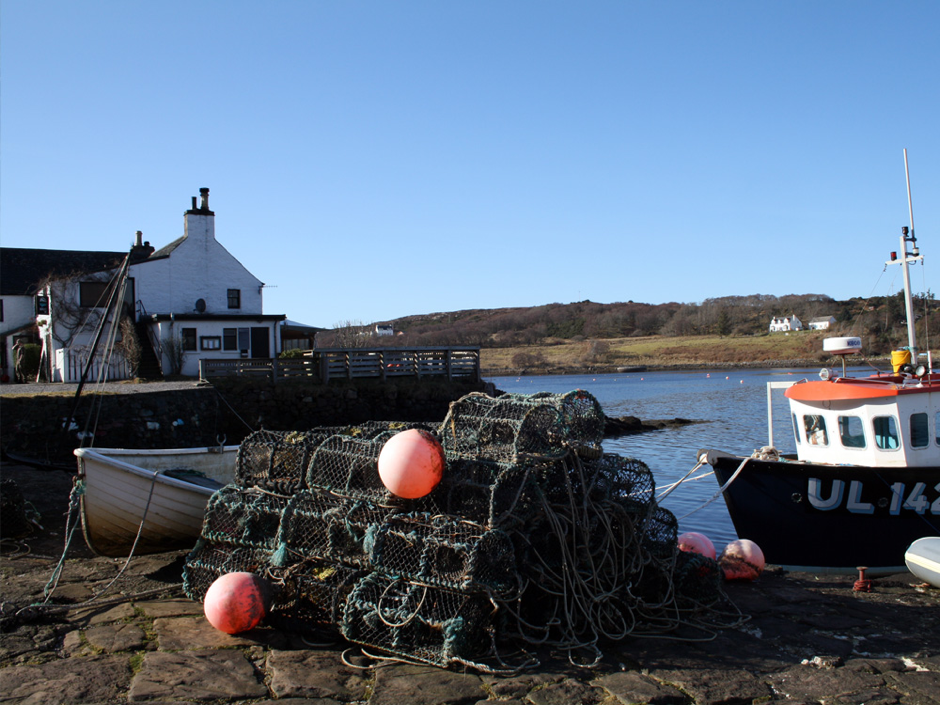 The outside seating area of the pub was freshly varnished, the sun, although about to kiss the horizon was projecting a reflection across the bay. Behind me I heard footsteps go from a crunch on gravel to the clump, clump of the decking before I felt the wallop across the back of my head.

Those summers of the late 70’s always seemed so hot, especially in Badachro.

Badachro Inn sits next to the jetty with a deck and seating area that overlooks the bay. Badachro is nestled in a cove just south of Gairloch on the way to Red Point - which has been the setting for a film, the holiday home of a once famous musician and the best views of Skye from anywhere on the mainland. This community goes like a fair in the summer season and is heavily reliant on the visitors and as such benefits from visits by breweries and the agents of distilleries at that time of year.

On one such day a well-known distillery had sent a recently appointed ‘Account Manager’ to introduce a new whisky to the optics of Badachro Inn. My Uncle had known she was coming and had alerted his regulars of an opportunity for a potential free nip and some entertainment thrown in.

Watching from the beer garden whilst “walking the dog”, the negotiations went on and on, sat on two stools in front of the bar. The TV was on, Dennis Taylor was playing snooker if memory serves but no one was watching it; my Aunt was clearing a space in the corner by the big mirror emblazoned with McEwan’s Export etched into the glass. This was to make room for their neighbour Lachie who had agreed to play his squeezebox that evening.

Suddenly my Uncle lept up, gave Sally a hug and then shook her by the hand, Les and Jess who had been listening in nearly started applauding but caught themselves just in time. The pub is not big, could maybe hold 50 on a good night, I counted at least 15, that Wednesday afternoon in the height of summer, that’s a decent number.

Sally went out to her car and came back laden. Aside from a large optic bottle she had four bottles of Malt and clearly an overnight bag, she was in for the long haul. 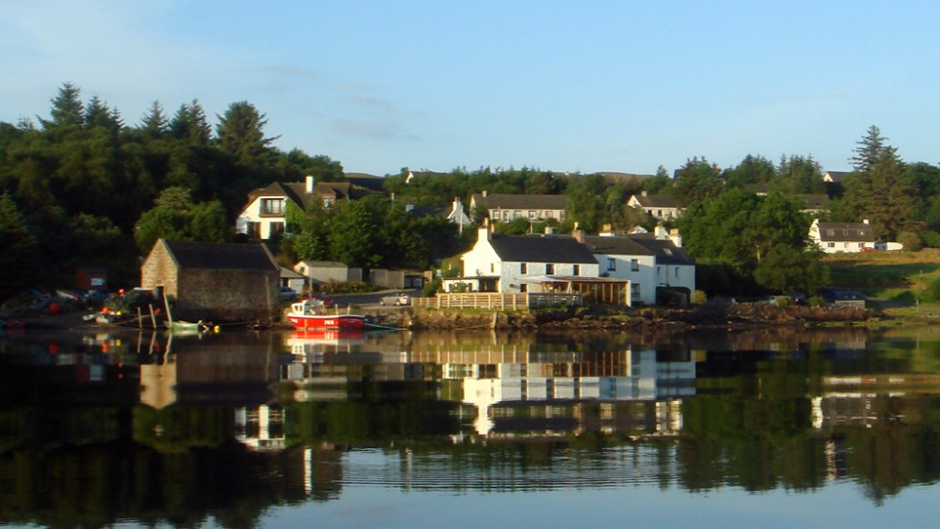 Having got back to my Aunts house I informed my cousins and assembled pals, the mission was simple, the first to get a free nip would get out of having to varnish the decking; it was an annual chore quickly accomplished when there was a team of you.

I have to say, although Sally is now a lifelong friend of the family it was slightly underhand of me to remove a six pack box of miniatures from the back seat of her unlocked Austin Allegro.

To be found that night, stuck by varnish, to a bench watching the sunset in the bay will remain with me for many years to come…