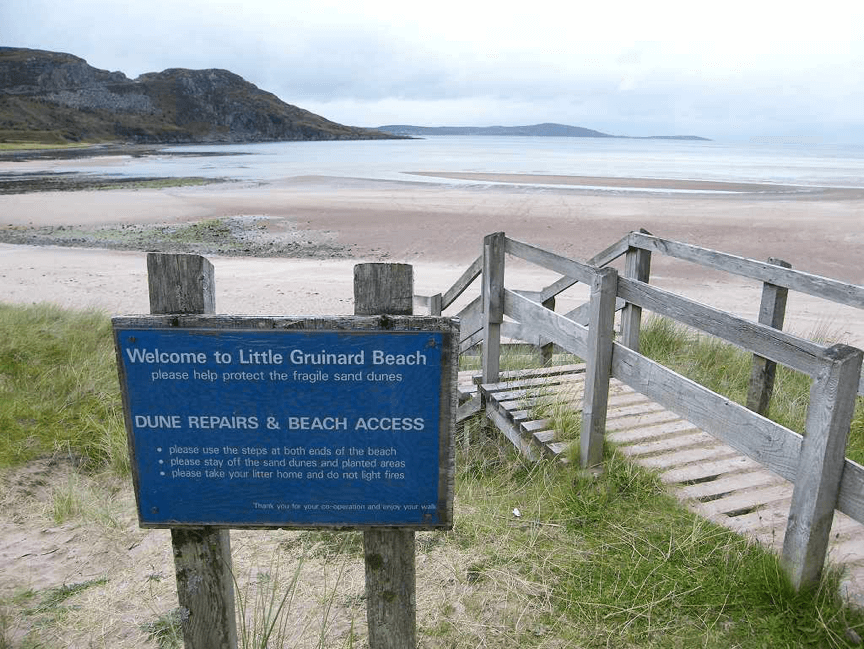 John was a guest at Little Gruinard that summer, he’d been hitchhiking around the coast of Scotland, picking up the odd job and pitching a tent wherever the whisky took him.

John was from Northern Ireland, just north of Belfast on the Crumlin Road. He was taking a year out to stretch his legs and experience a different life, a life away from the UDA. At the time the Crum (nickname for the Crumlin Road Jail) and the Ulster Defence Association were very much alive and kicking.

The UDA back then was intrinsic to John’s daily life, as it was for his Father and brother; they lived and breathed the opportunity to cause havoc. He’d never had the chance to go college and was determined to wear down a bit of shoe leather in his romantic search of a different kind of adventure.

His pride and joy was a stainless steel hipflask; the flask had been presented to his father just before he had been killed the previous year. And John had made a promise to himself, to make it take him on a journey.

The game was simple – he’d only stop and ask for lodgings or a place to pitch his tent if he’d worked out they had whisky in the house and he was likely to be offered it. This was a ploy, along the lines of Luke Rhinehart’s The Dice Man*. Decisions were taken out of John’s hands by conversation after conversation with random individuals that may, or may not have whisky, either on their person or in their abode.

On this occasion John had been able to get a lift as far as the “big beach” on Gruinard Bay. The couple driving an elderly Bedford Camper Van had decided to dip their toes in the Atlantic and have “a spot of lunch”. John made his excuses, grabbed his rucksack and made off up the road. There’s no pavement on this particular stretch so big lorries and the local ‘Westerbus’ slew out into the middle of the road to pass any rarely seen pedestrians.

As fate would have it John had barely walked half a mile up the road when he came across a herd of feral goats. John decided to cross the road at the same time as the local bus came flying round the corner. (Typical local, driving too damn fast.) Needless to say there were squealing sounds, smoke, horns honking, the smell of burning rubber and goats scattering in all directions. 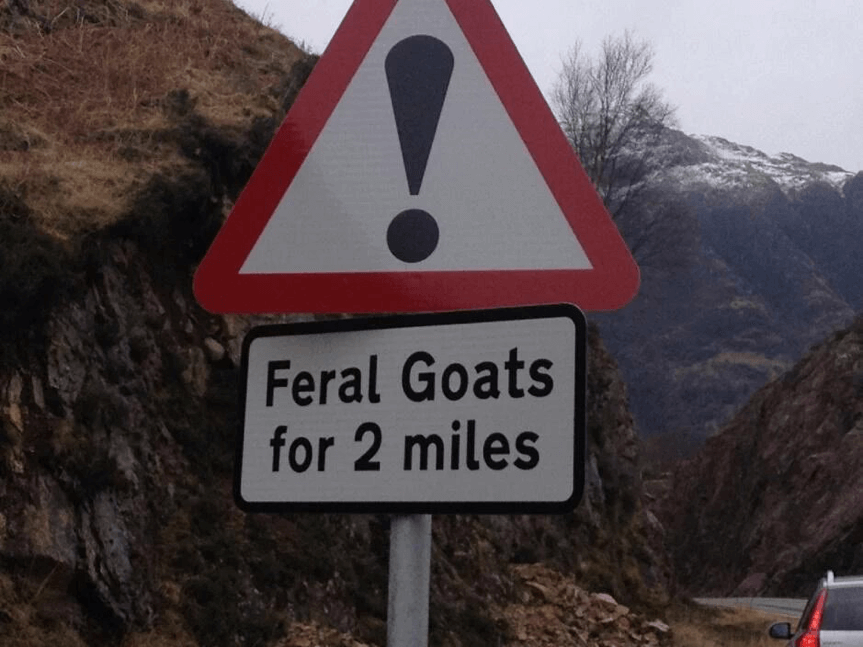 Two goats butted John with a kid landing on his lap. The ‘Westerbus’ had slipped into the drain gulley on the side of the road with no real damage (other than to Sandy, the driver’s pride) amazingly not one goat was harmed. John got out of his rucksack and met Sandy coming over to see him in the middle of the road. Sandy quickly pushed John backwards who stumbled over his rucksack and into a puddle – telling him to “get off the bloody road before somebody gets killed!”

Once Sandy was away and had said his piece, John continued up the road, somewhat dishevelled, bits of grass and mud on his trousers and a damp seat.

Turning up at the door of Little Gruinard House, Leslie was very quick to offer him a seat (the bench outside, under the kitchen window next to the front door). John told his story and finished with: “I could do with a stiff drink, I don’t suppose you’ve any whisky in the house?”

John was about to experience his first taste of whisky from an illicit still in the highlands. Little did he realise this was about to change his life forever.