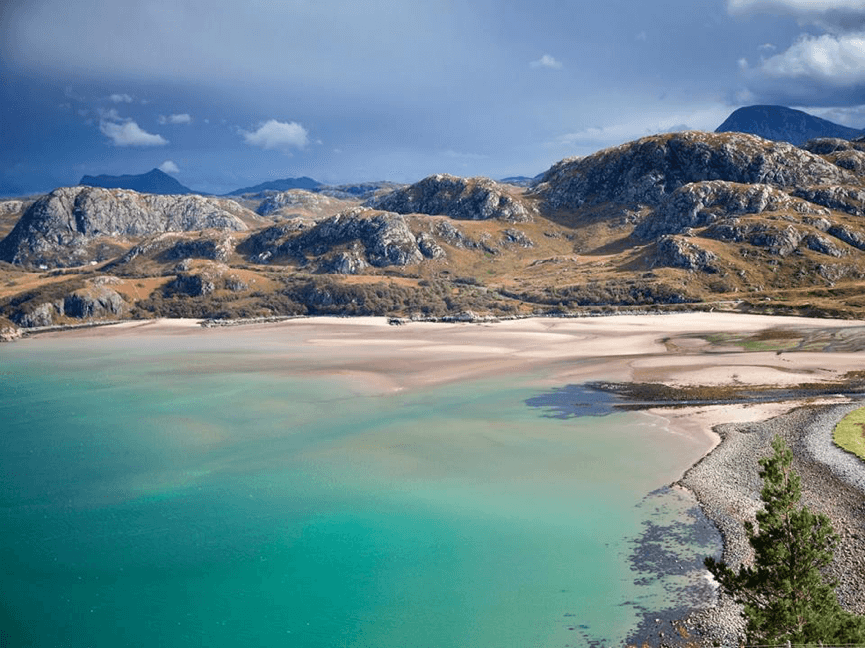 There were hundreds of beautifully polished green and clear translucent pebbles all along the shoreline. When the sun hit them it created a blinding light, dazzling to the point of otherworldly. Geordie and Suzie (his girlfriend) were amazed by it.

When you live and work on a farm way up in the wilds of highland Scotland pre 1970 there were some roadside bins and a community dump but no sign of anywhere to get your waste recycled.

I was often sent down to the river with waste food from the kitchen. I still remember seeing the occasional eggshell bobbing about on the water as it and the waste food got swept away downstream.

Paper and cardboard were easy; they were typically used as a form of kindling for the open fires in the house. The plastic was a real problem, mostly Schweppes tonic bottles. Some were cut in half and turned into flowerpots for the seedlings, the top half fashioned into mini cloches for the outdoor seedlings. The large 4-pint milk cartons were often used for water bailers for the boats and garden trowels; there’s only so many of these you need.

The tins were collected, probably a throwback from the war effort, they went to the same place as the aluminium milk bottle tops but the glass… Leslie and James had at one point created a small mountain of glass.

I may have mentioned before the alcoholic tendencies of this house, there was an adoration of Crabbies Green Ginger to have a “Whisky Mac” and Gordon’s Gin was always in high demand. Their attitude to glass was to allow it to return to nature… their belief that it is made from sand is largely true.

On their land there is a very remote corner on the seashore, it’s where two very steep pieces of ground meet at a right angles, maybe passable by a mountain goat but little else. Leslie and possibly James would lob the empties down onto the rocky foreshore – at least this must have been done in the early years before Leslie really had a need for them, that’s a story for another day.

By the 1980’s the bottles had all but disappeared and all that was left were a plethora of what looked like small gems. Mixed with the shells of cockles, muscles, limpets and more were the polished nuggets of shattered glass. Now, beautifully smooth having been constantly washed and brushed against the rocks, pebbles and sand of the foreshore.

On a good day, when the sun is at the right angle, when the sea has just recently washed the majority of them, the effect is incredible. An unnatural green glow emanates, both brilliant and enchanting.

Even now I can picture Geordie, (a family friend) and his girlfriend Suzie, sitting on the rocks, whisky glass in hand, at that end of the beach. There would be this faint green neon glow around them, as the sun was starting set on the far horizon.

Not a sight that’s easy to forget.