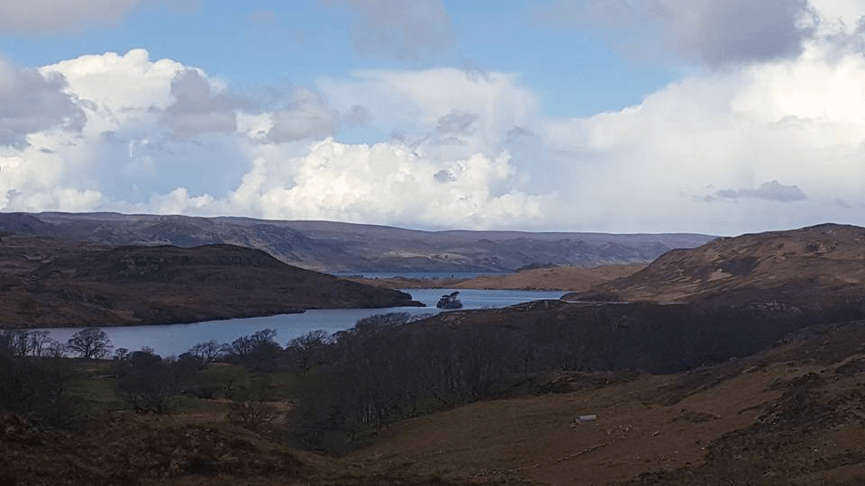 There he is, sat on the Hippo rock in the middle of Little Gruinard River, just above the bridge. There’s no wind although there’s a faint draft from the rushing river. Looking downstream he can see the garden pool before the river turns a sharp corner into the nut pool. There’s the wood to his right, the home of the fairy hide-away, the lone oak and the path up to the Inverianvie river spring.

A place of peace and meaningful contemplation, although try to shout to him from the bank and he’d not hear you, the rushing river is deafening. There would be no point in attempting to play Pooh Sticks on the bridge above, the current is so strong it would whip the stick through before you could cross to the other side or smash it to pieces against the many raised river rocks.

There are few that travel on the road above, stop at this point. The view round the corner and up the hill is breath taking and the car park along at the beach are much more convenient. The bridge above him carries Scotland’s A832, the road to Inverewe Gardens, now more familiarly known as part of the North Coast 500 route or the #nc500. 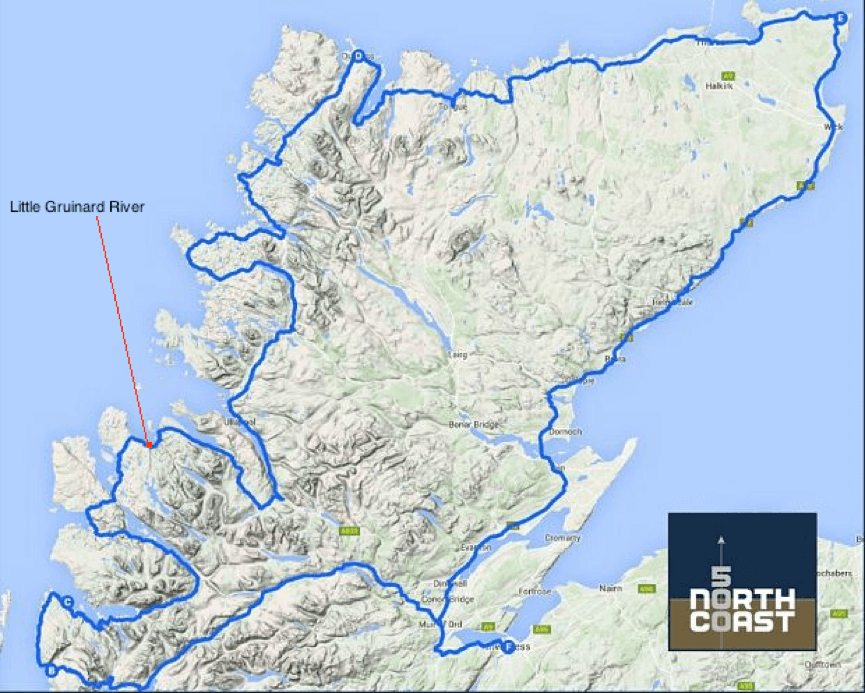 As the occasional convoy of super-cars or groups of motorcyclist’s dash across the bridge, they pass completely unaware that James is sat beneath them studying the leaping salmon.

For many of us that love salmon, the eating, fishing and preservation, James supports our dream that we will forever see salmon in this part of the world. Not a fan of the farmed salmon James manages his river to ensure they are healthy and disease free.

Fishing is limited on the river to maintain a good healthy stock and if he had a choice he’d dig out his gun and scare off the seals that congregate at the mouth of the river. Greedy and forever inquisitive they continue to upset the quantity of smolts (3 to 4 year old salmon parr) making their first foray into salty water. The family of Herons that live nearby have had their perch at the mouth of the river for over 40 years and as such have a free pass, in his eyes.

James got smacked in the face.

On this day his regular spot on the Hippo rock was closer to the water level; the tide was in and there had been heavy rain for days. Just below him and on the other side of the bridge is a slight step, an almost waterfall. The reason James liked this spot was the convenience to see almost all running salmon – they had to leap to get further upstream.

Not only did a large salmon sideswipe him, lightly smacking his face as it leapt in front of him, he lost his good tweed cap as it was catapulted from his head by the flick of its tail.

Wiping the scales from his face and rinsing his hands in the river he hopped off the Hippo and returned to the house. Pouring himself a large tumbler of Scotch he announced to Leslie, from this moment on he’d be wearing the deerstalker to shade his eyes. She barely heard him and thought nothing of it, just questioning in her mind that at 3.00 o’clock in the afternoon it was a bit early for a dram…