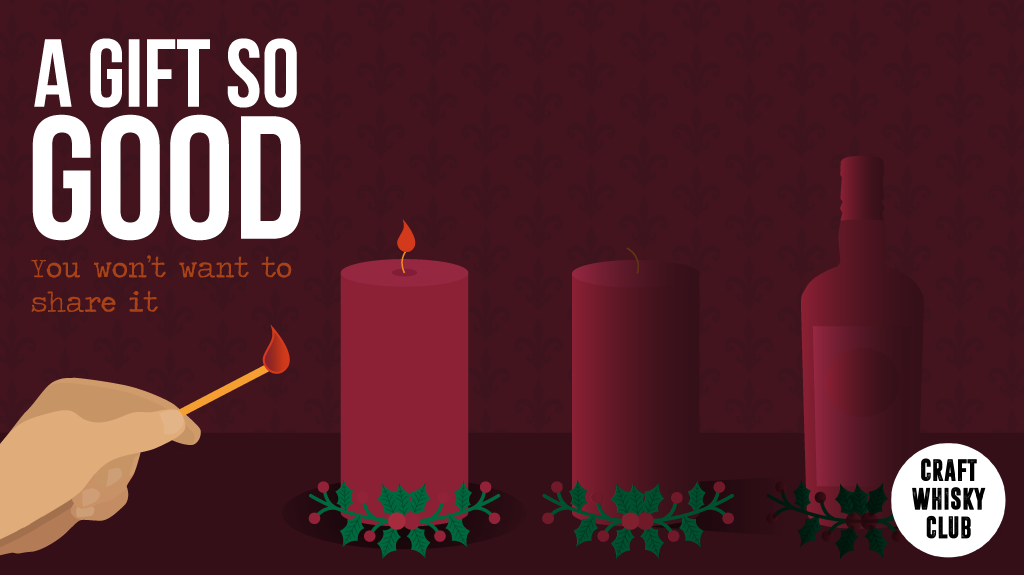 Twas the night before Christmas, but no time for sleep! Not for Scott at least. For the past few hours, he’d been hard at work doing as much prep as possible for Christmas lunch. The key to Christmas is confidence - confidence and making sure the hard bits are taken care of before everyone arrives and all the madness sets in. With this in mind, he’d set about chopping carrots, peeling potatoes and pre-wrapping pigs in little bacon blankets. In the oven, the last batch of Christmas cookies were turning out nicely. Only half had made it from dough to finished product - a travesty Scott blamed entirely on Nigella’s recipe and not his own gluttony. None the less, everything was coming together. The big man from Balerno was in good spirits, singing along to ‘Last Christmas’ and enjoying a cheeky wee mulled wine as he went.

As Scott set about seasoning his centrepiece - an enormous organic Galloway turkey, Suzie swung her head around the door. “That’s me off the phone with mum, they’ve got everyone up there with them now. It took Bill and his family 3 hours to get from Aberdeen to Inverness with the Snow! Auntie Mary’s only just arrived, they weren't sure if she was going to be able to get there!” 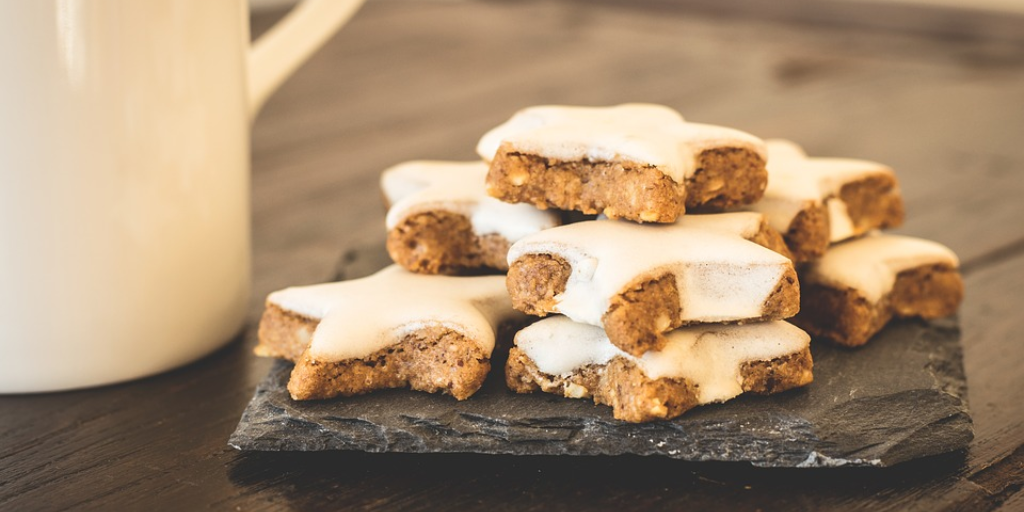 “Eh, Auntie Mary,” Scott sighed to himself. He had done a wee dance of joy when he found out Suzie’s family would be off up to her parents for Christmas. Last year he’d spent the entire afternoon passionately defending his Brussel sprouts from Auntie Mary. She was adamant that the turkey was undercooked - despite the fact, as Scott had reminded her several times, it was lamb. Whilst she was elsewhere this year, Suzie would still insist he wore the horrible reindeer jumper she’d brought him last year. Itchy, too small, bright red - Scott regarded the jumper with particular contempt. But his wife would no doubt have her way.

This year’s guests were far lower maintenance. Scott only had to look after his own parents, Suzie and Sam, and his brother Graham’s family. He knew there would be no complaints about the cooking; after all, his parents taught him everything he knew! He’d done the veg just the way Mum liked it, and Dad would cry tears of joy when he set eyes on the immaculate turkey tomorrow afternoon.

There was one thing on Scott’s mind, however. He knew how they all enjoyed a Christmas dram at the end of dinner. He’d hoped they might all share a wee nip of Graham’s first whisky from Craft Whisky Club, but after his antics earlier in the week, that was out of the question. That bottle was now tucked away in Scott’s underpants and no one was getting their hands on it. He had a whisky from the supermarket in the back of the cupboard somewhere but hadn’t quite been able to dig it out just yet. Though Scott felt no regrets about taking the whisky for himself, he did feel the occasional pinch of guilt.

Having done as much as he could in advance, Scott had started cleaning the kitchen. Suzie came through again from the other room, smiling as she surveyed all of Scott’s hard work. ‘Someone’s been busy!’ She remarked, whilst trying and failing to pinch a biscuit from the cooling rack. ‘Since you’ve done all of this, I’ve done all your ironing for tomorrow. Even your underpants! I’m just away upstairs to put them in your drawers’. At that, Scott stopped scrubbing the pan he’d been holding, frozen with worry. Beside the bed, tucked beneath tartan boxer shorts lay Scott’s brother’s stolen whisky. Suzie would spot it as soon as she opened the drawer. He had to act quickly if he was to keep his secret safe.

Without even drying his hands, Scott chased after Suzie. He passed her on the stairs, knocking the washing basket onto the steps as he raced upwards for the second time in a week. Suzie shouted after him, but there was no time to apologise. He ran to his drawers, digging deep before his hand felt the curved glass of the bottle. Pulling out the whisky, he pivoted to the wardrobe, pulling out the wretched reindeer jumper auntie from Auntie Mary. Slipping the bottle inside the sleeve, he took a brief second to compose himself, before heading out the room. He was greeted by a fuming Suzie, who ’d just finished collecting the various socks and shirts from all over the stairs. "I’m so sorry Suzie Scott pleaded. "I just realised I’d forgotten to wash my lovely Christmas jumpe...can you imagine if I hadn't been able to wear this tomorrow!". After his bungled apology, Scott offered a cup of tea and a freshly-baled Christmas cookie, whose anger all but abated after the promise of the latter. 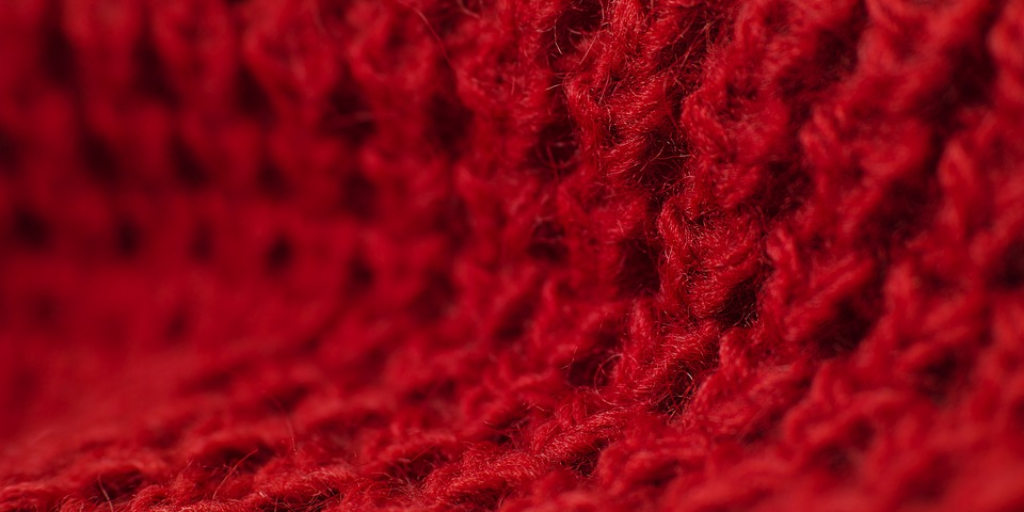 Before returning to the kitchen, Scott slipped into the living room. The room was dark, save for a set of candles illuminating the mantlepiece. This room would off limits tomorrow; whenever Scott and Suzie hosted their relatives, they tried to keep them in the kitchen and dining areas. It was simply easier that way, Giving the likes of Auntie Mary free range on the house always threw up all sorts of unnecessary hassle.

With this in mind, Scott had an idea. He took the whisky from the awful jumper and placed the whisky in line with the candles. In the darkness, you could barely tell the difference. ‘Hiding in plain sight’ Scott chuckled to himself. He left the living room feeling smug, heading to the kitchen to fetch Suzie a brew and a warm biscuit.

Even if he had to wear that dreadful knit all day, it was a small price to pay to keep his whisky secret. For the family’s traditional Christmas dram, Scott pulled out a dusty bottle of supermarket ‘scotch’ from the back of the cupboard. ‘Ach, this’ll do’ he reassured himself. It would have to - the good stuff from Craft Whisky Club was for him and him only. He smiled at the thought of tomorrow evening. Once everyone had left, Suzie and Sam would no doubt fall asleep in front of the table, giving him the perfect chance to finally quietly slip away sample a dram. He knew it would be well worth waiting for. 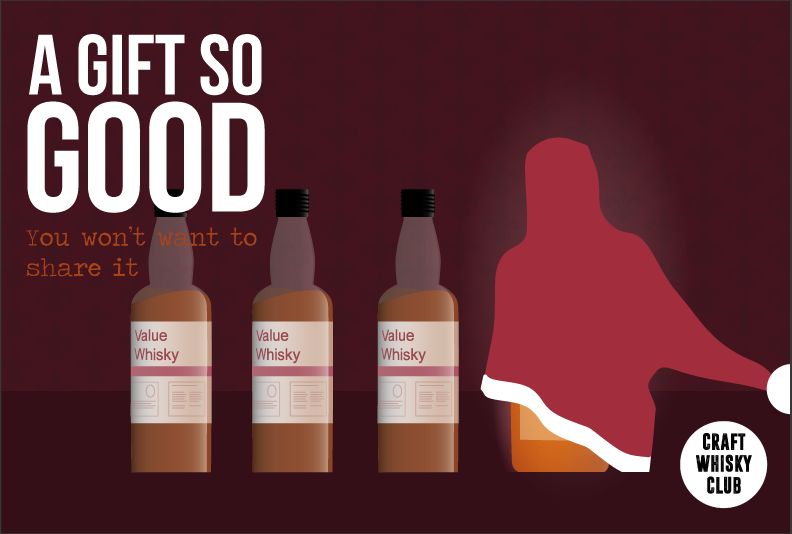 This weekend only, we've got some great savings across our range of Whisky Subscriptions. Click here. to explore our range and use the codes below to grab yourself a fantastic deal!